Recently I had to swap my good old power supply for a spare one. However, I needed an 8 pin GPU power connector and the spare PSU had only a 6 pin. Turns out 6->8 pin conversion is not that hard to do.

Looking at a pinout of both connectors, it occurred to me that a modification should be quite simple. 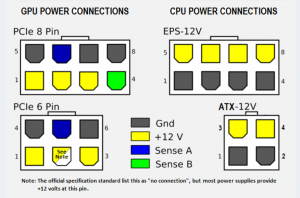 Grounding the “Sense B” pin tells the GPU that an 8 pin had been plugged in. So my thinking was that I could plug in the 6 pin, and then just bridge the remaining two pins.

However, I didn’t want to do any modification to the GPU itself, and I didn’t have any 8 pin connectors. What I did have was this chopped off 6 pin 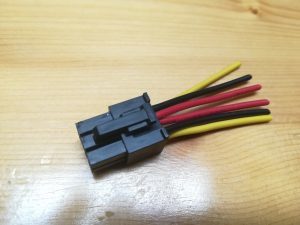 and with a bit of sawing, sanding and soldering, my jumper was born. 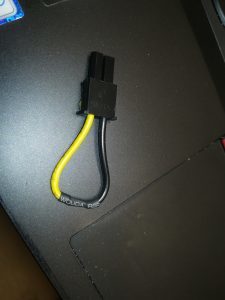 I dabbed a bit of glue on the side and glued it to the 6 pin connector on the PSU, then plugged it into the GPU and hoped for the best. 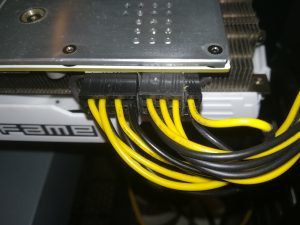 The GPU recognized the 8 pin and works fine.